Released in April 2013, it comes with a built-in Android 4.1.2 Jelly Bean operating system. It has 4.07 inches of TFT touchscreen with 480 x 800 pixels of resolution. Powered by a Quad-core 1.2 GHz Cortex-A5 processor it comes with 8 GB of internal memory and 1 GB of RAM.

In today’s tutorial, we’ll discuss some easy steps on how to manually flash this Android 4.1.2 XXANJ1 based Jelly Bean stock firmware on this smartphone. Note that this is an official OTA (over the air) stock update rolled out by Samsung and is not any kind of unofficial third-party custom ROM.

If you have installed any custom ROM and want to downgrade to the official update then follow these steps mentioned below. Also if you have rooted your smartphone then it will be completely revoked after flashing this firmware update.

Without further ado, let’s proceed to our actual guide on how to update Galaxy Grand Quattro I8552 to Android 4.1.2 XXANJ1 Jelly Bean firmware given below. 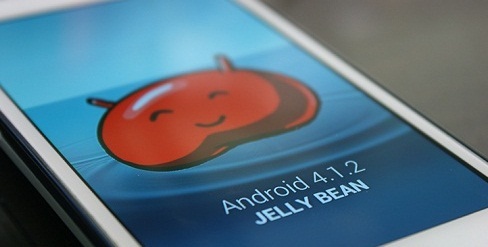 This process of flashing the official Android 4.1.2 XXANJ1 Jelly Bean firmware is quite risky and should be implemented without a mistake. If you have no idea about this stuff and are doing this for the first time then we request you to stop right at this point. If anything goes wrong then it might completely brick or damage your device. In such cases, we at droidthunder.com will not be held responsible for that.

Also, note that this official Android 4.1.2 XXANJ1 Jelly Bean firmware update must be flashed only on Samsung Galaxy Grand Quattro/ Win Duos having the model number GT-I8552. Do not install this firmware update on any other device or variant as it may result in unwanted outcomes or bricked devices. Verify your device model number from Homescreen–> Menu–>Settings –> About Phone before going ahead. 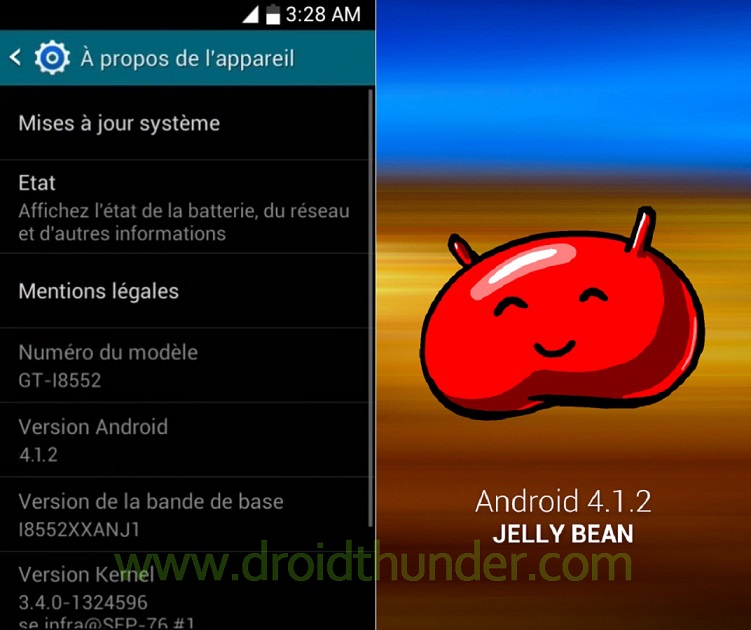 Step 1: Download and extract both the above files to a convenient location on your computer. After extracting the firmware package (.zip file), you’ll see these two files in it: 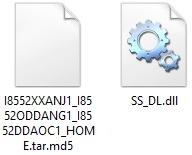 Step 2: Firstly switch off your phone completely until it vibrates. 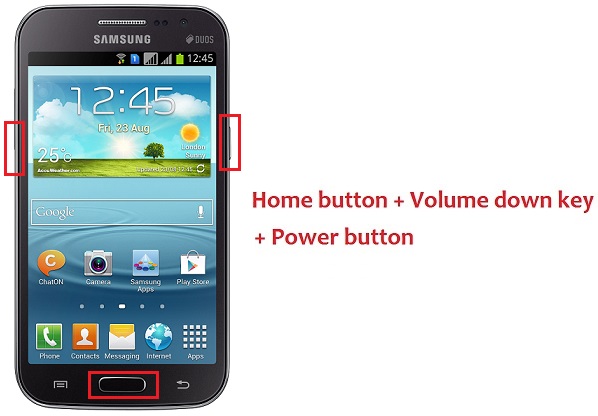 Step 4: Keeping your phone as it is, connect it to your PC using the micro USB cable. Now just press the Volume up button to continue. This will directly land your Galaxy Grand Quattro into downloading mode. 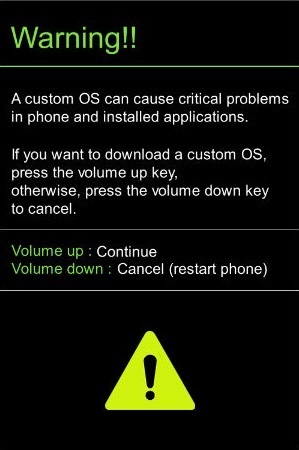 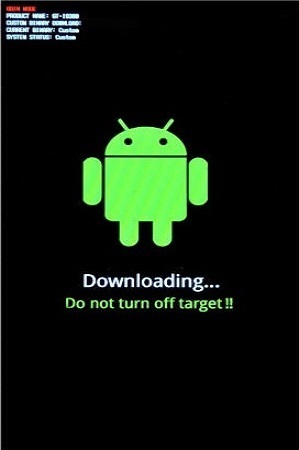 Step 5: On your computer, open the downloaded ‘Odin Multi Downloader3-v3.12.7′ software which you’ve just received after extraction. As soon as you launch it, the ID: COM section located at the top left corner will turn light blue. Also, an Added message will appear in the message box window. This will confirm that your Galaxy Grand Quattro has been successfully connected to your computer. 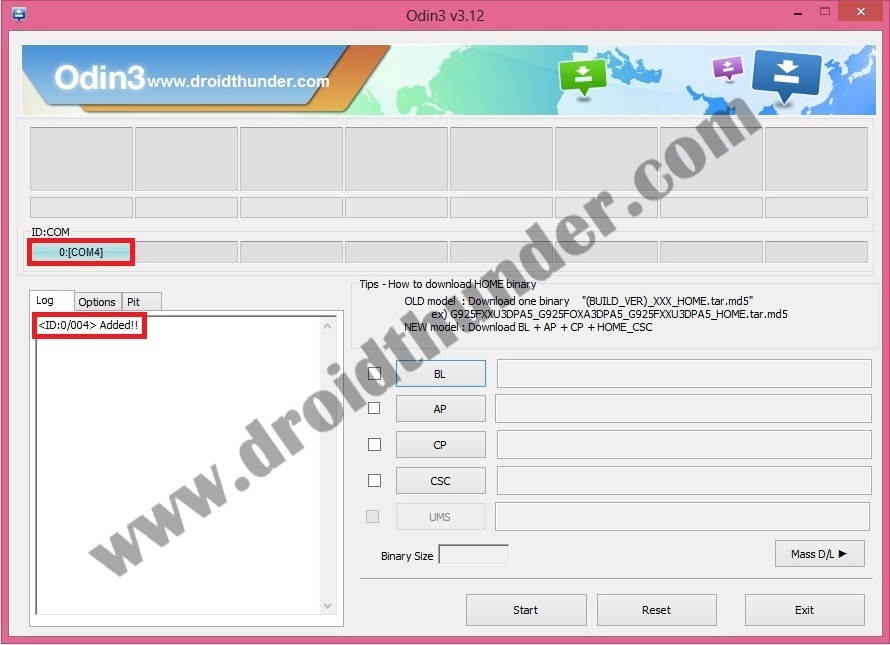 Note: If such a thing doesn’t happen then it’s more likely to be a problem with the mobile specific drivers. So just confirm whether you’ve properly installed the mobile specific drivers on your computer or not. You can install them via Samsung Kies or manually install them from the links given in the Pre-Requisites section. If the problem persists try changing the USB cable or the USB port.

Step 6: Next click on the Options tab located on the Odin window and tick the Auto Reboot and F.Reset Time options. Tick only these two options and leave all the other options as they are. 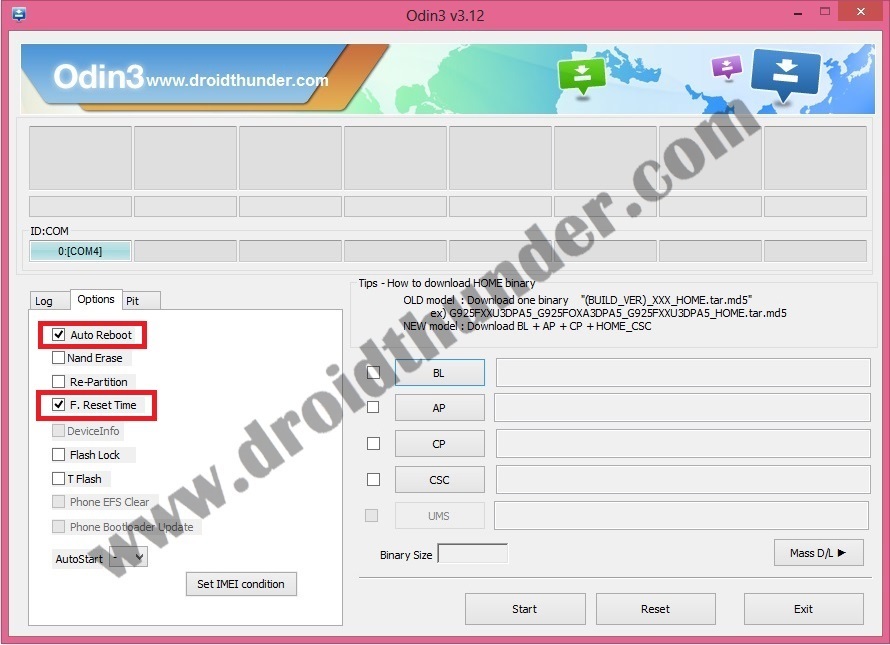 Step 7: Now, click on the AP button present on the Odin window and browse to the firmware package file which you’ve downloaded (I8552XXANJ1_I8552ODDANG1_I8552DDAOC1_HOME.tar.md5) and select it. 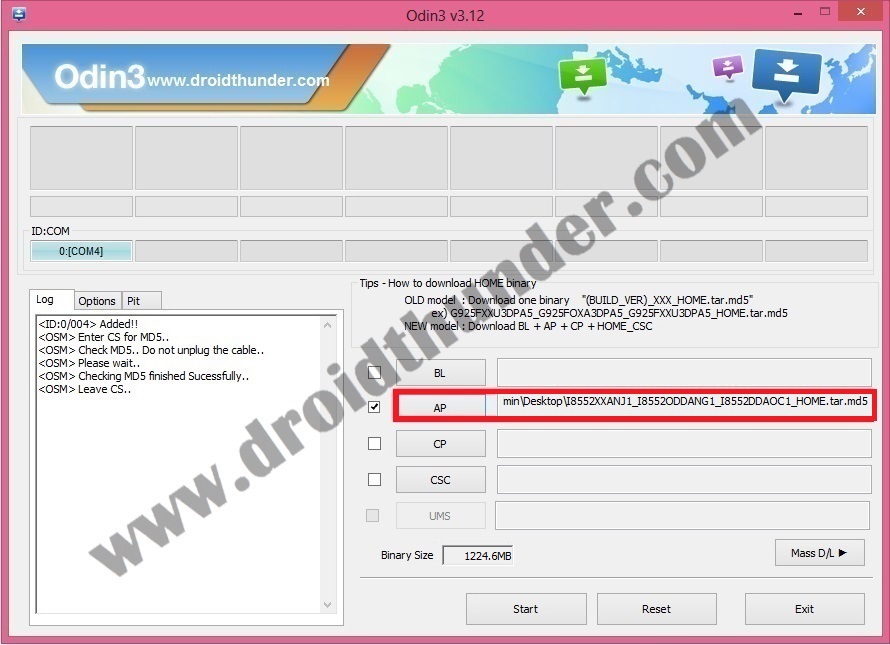 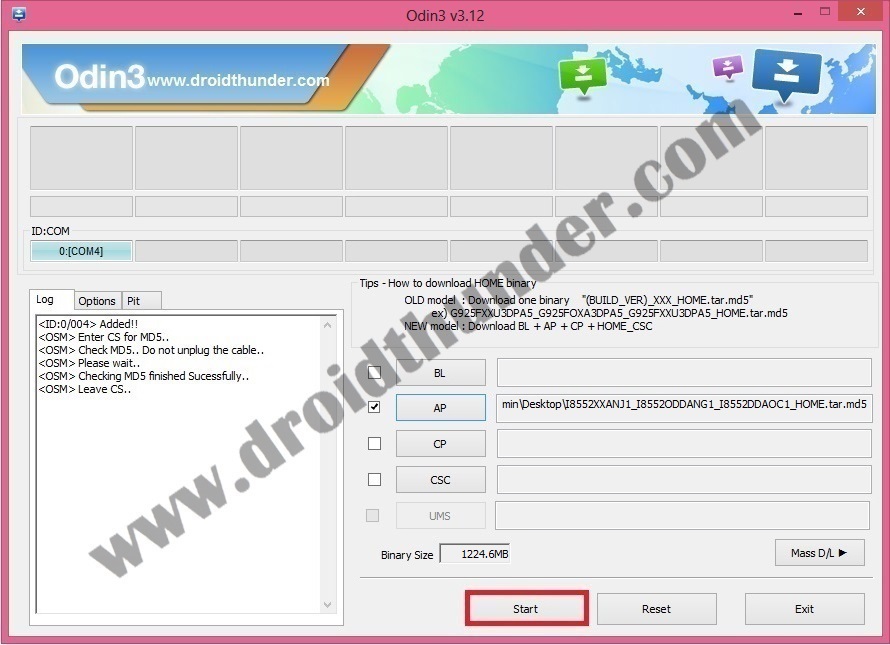 Note: Your Grand Quattro will automatically boot itself while the process goes on. Do not remove the micro USB cable as it will interrupt the firmware flashing process. 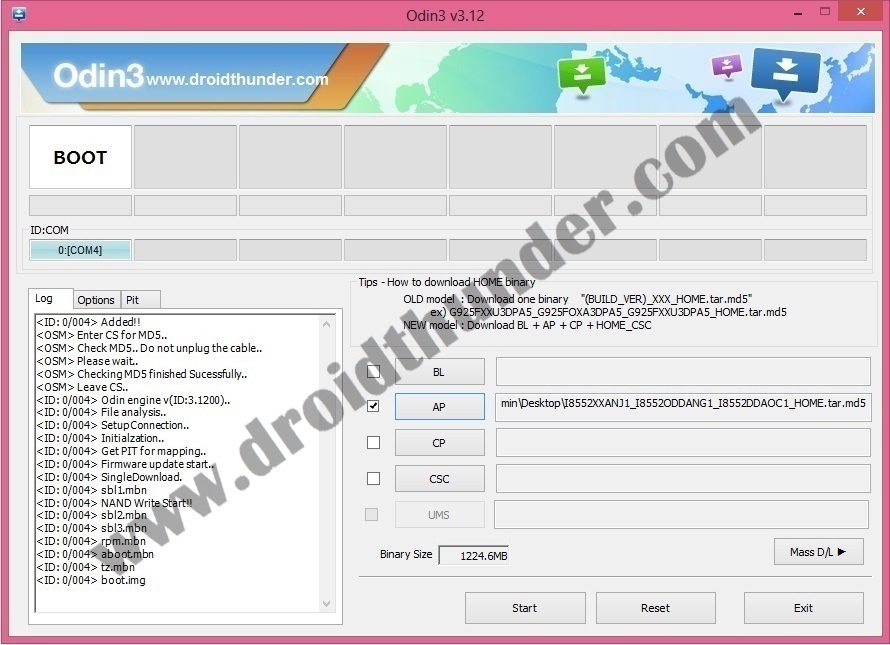 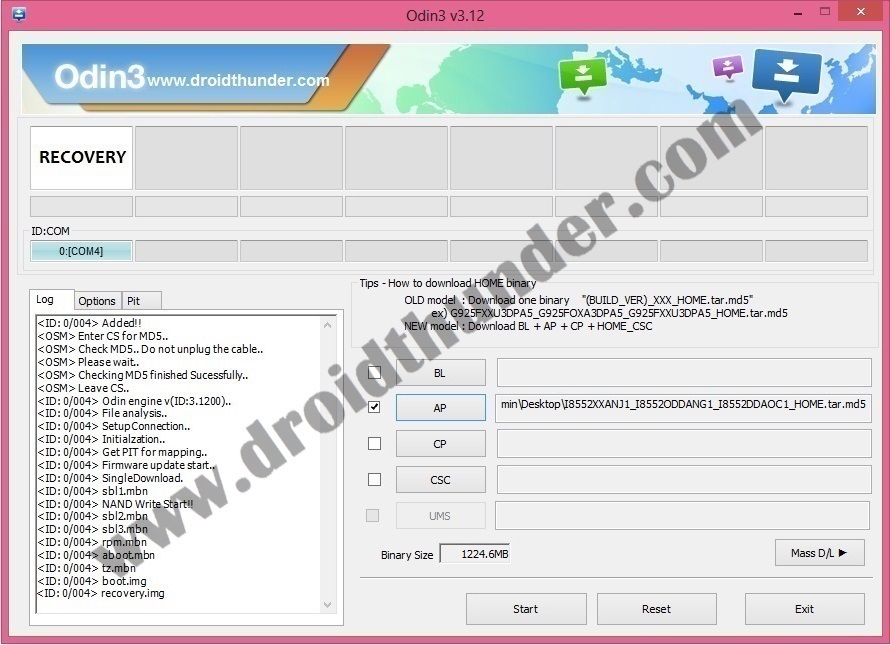 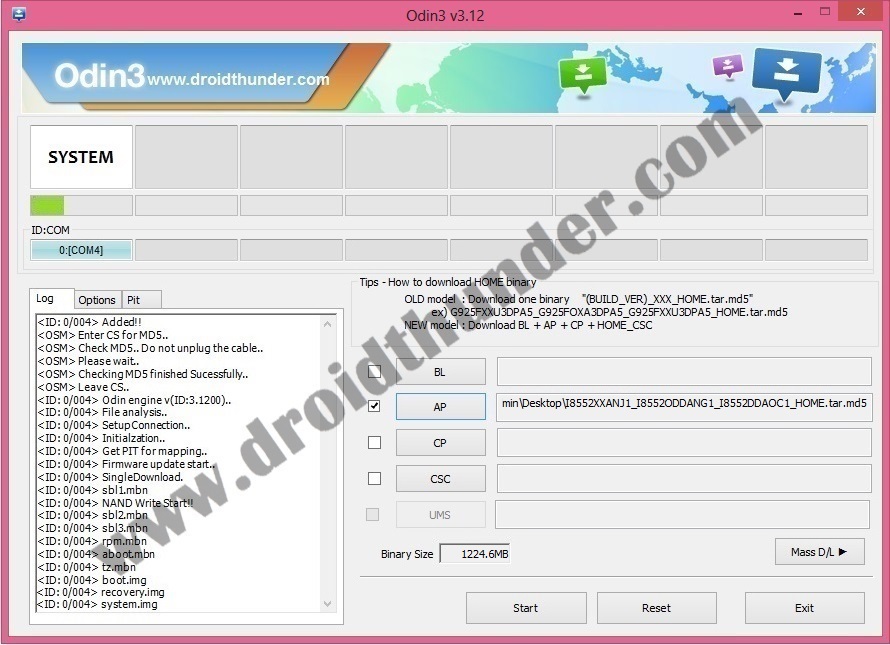 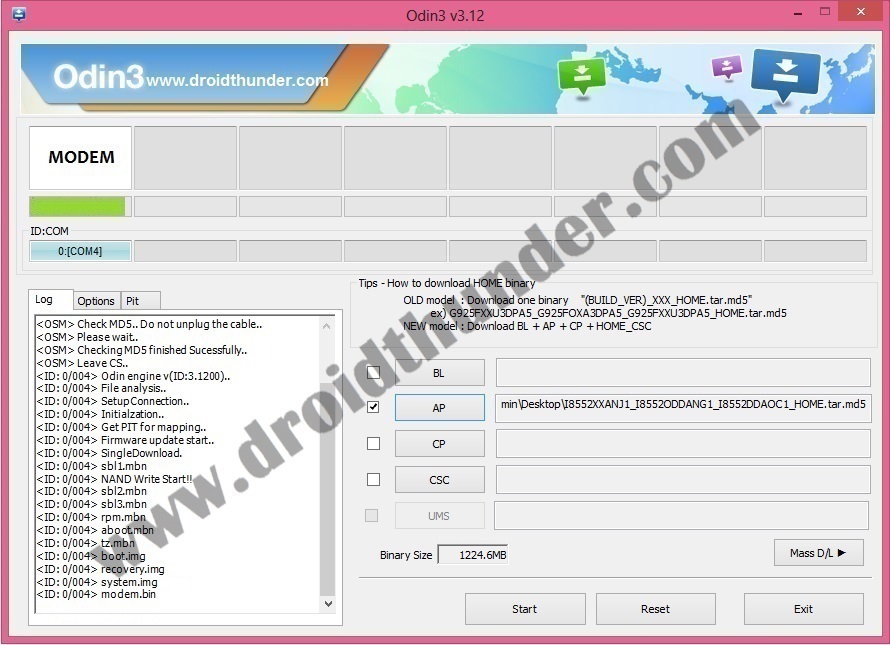 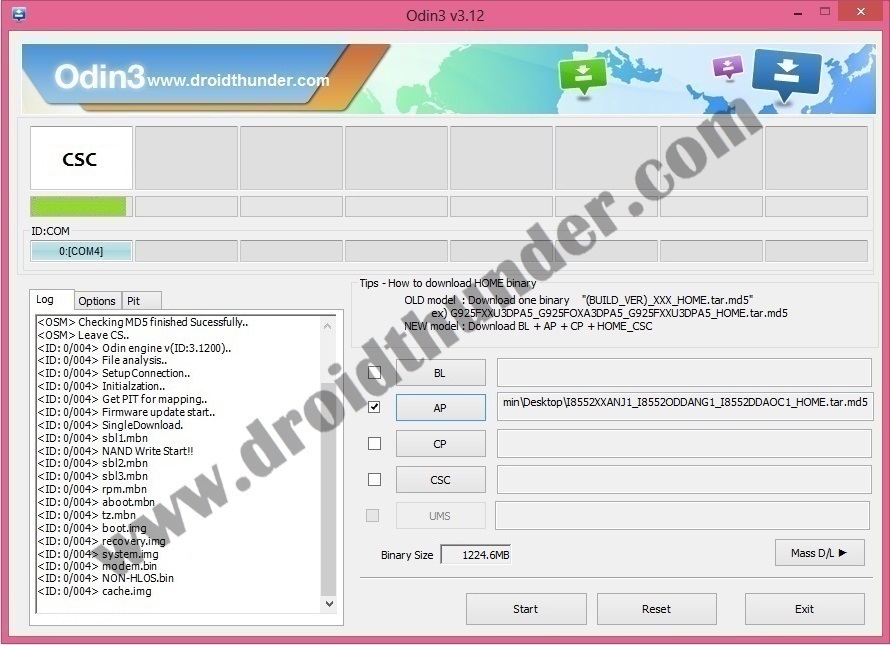 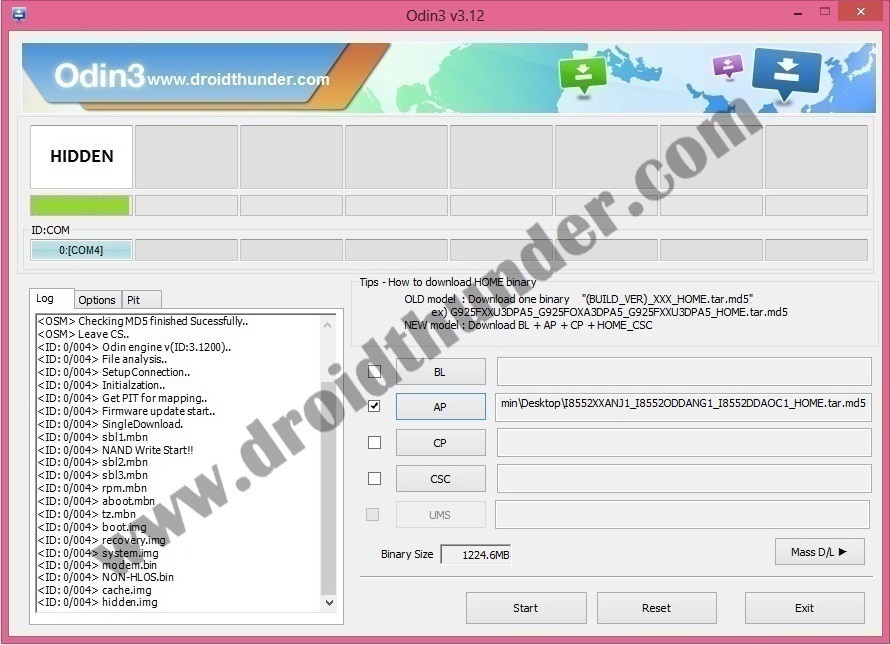 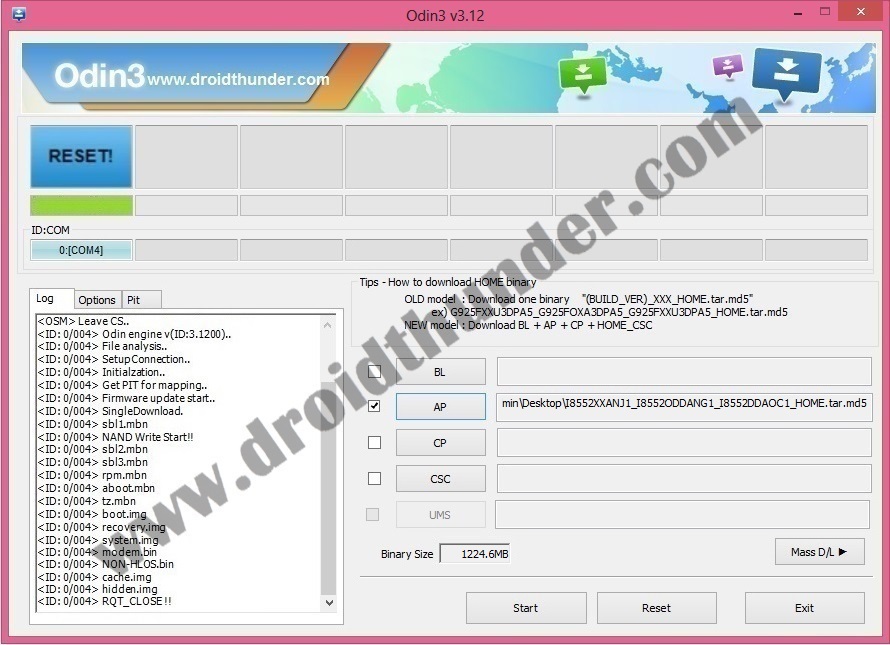 Step 9: The flashing process will hardly take few minutes to complete so wait and be patient. When the flashing process completes successfully, the ID: COM section on the Odin window will turn green with the message ‘Pass’ on it. At the same time, your Galaxy Grand Quattro will automatically restart itself. This will confirm that the Official Android 4.1.2 XXANJ1 Jelly Bean firmware has been successfully installed on your Samsung Galaxy Grand Quattro / Win Duos GT-I8552 smartphone. Now you can remove the micro USB cable to safely disconnect your phone from PC. 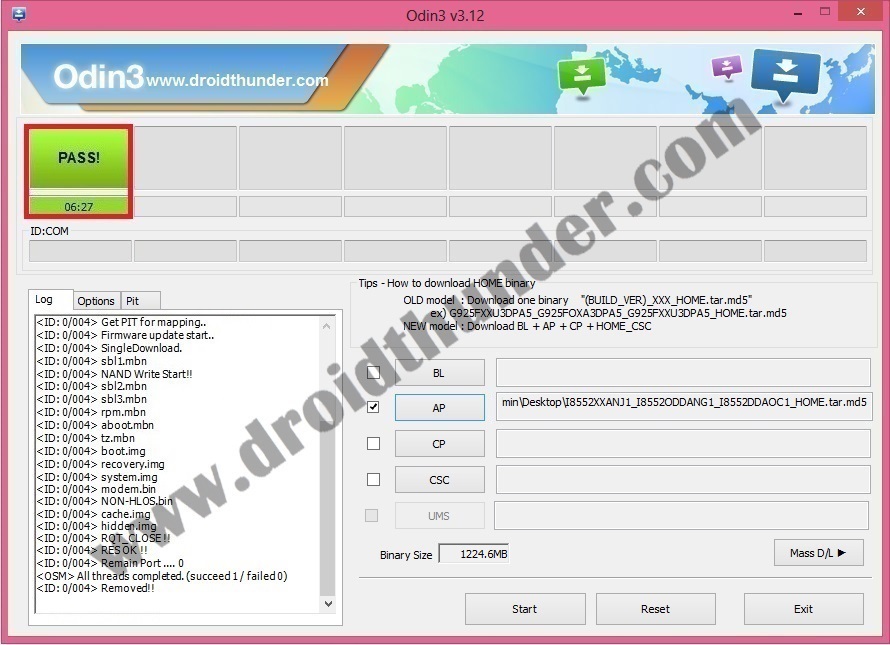 Finally! The official Android 4.1.2 XXANJ1 Jelly Bean firmware has been successfully installed on your Samsung Galaxy Grand Quattro / Win Duos GT-I8552 smartphone. You may confirm the same from Menu->Settings->About Phone. Enjoy and experience the official stock ROM on your Galaxy Grand Quattro. Also, share your view after using it. While going through the process if you face any kind of problem then just comment me.