In this easy steps guide, we’ll download and install CM 11 custom ROM on Samsung Galaxy Ace GT-S5830 smartphone. The third-party developers of Android have taken some kind of oath to never quit their journey of success. They have taken the Android OS beyond our imagination.

To accomplish this they with their best effort made Android faster and more reliable, with less prone to crashes. Google announced their new latest Android 4.4 OS named KitKat with the release of their flagship device Nexus 5 on November 13.

All these statistics have come from Google’s Android developer portal. It has also been heard that this latest version may run on low-end devices having memory of at least 512 MB. This decision is specially made for owners of those mid-end devices. 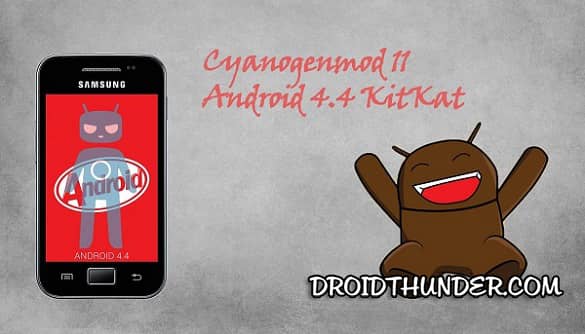 Samsung might update at least some of the devices to Android 4.4.2 and breathe new life into them, in a nice gesture of support to users. Galaxy Ace S5830 is one of those smartphones which is expected to get an Android 4.4 KitKat update of course un-officially.

This device was launched with Android 2.3.4 Gingerbread around two years ago. Further, it did get an official 2.3.6 update from Samsung but thereafter the Company got diverted from this device and hence stopped providing further firmware upgrades.

Although these Cyanogenmod ROMs had some bugs due to hardware incompatibility, they did get fixed with further tweaks. After when Google announced their new KitKat version, many rumors were heard regarding that this update will not be launched for low-end devices.

This was so because of the new drastic features that this new update has. But when it comes to the Cyanogenmod team, there never quit attitude makes them achieve whatever is impossible for us. Even this time they did something that was just shocking for Galaxy Ace users.

The CM team brought Android 4.4.4 KitKat for Galaxy Ace. The initial build which was rolled out had many bugs that ruined many users moods. But thereafter with many system tweaks and more improvements, the CM team made this ROM more stable.

All thanks to the androidarmv6 team of the XDA community for bringing an initial build for this device. XDA Recognized member, Mardon also has contributed to this build. This CM11 ROM is based on the original Android Open Source Project (AOSP).

If you are looking for a stable Android 4.4.2 KitKat CM 11 ROM for your Galaxy Ace, then follow the step-by-step given procedure.

This process to flash CM 11 ROM on Galaxy Ace is risky. Hence, follow this process carefully. If your Galaxy Ace gets damaged or bricked by following this guide then neither we nor the developers will be responsible for that.

Note that this update is only for Samsung Galaxy Ace with model number GT-S5830. Flashing this on any other device or variant will result in unwanted outcomes or bricked devices. You can verify your device model number from Homescreen > Menu > Settings > About Phone. 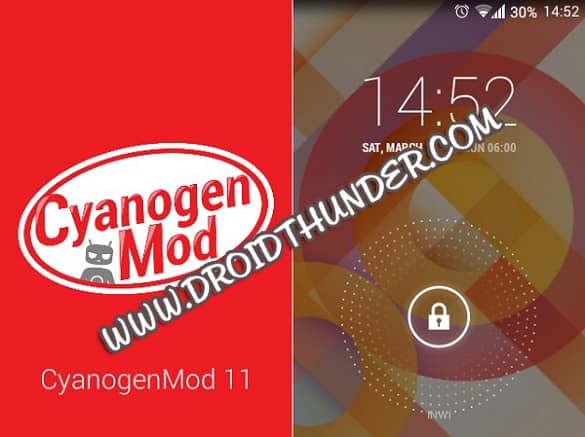 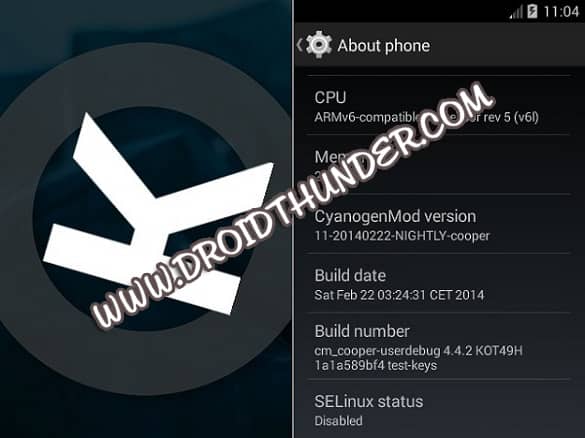 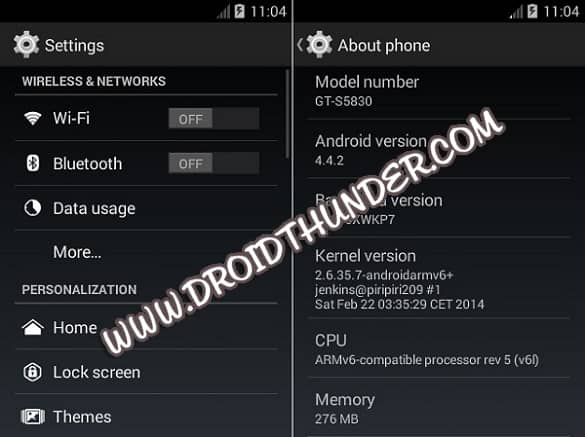 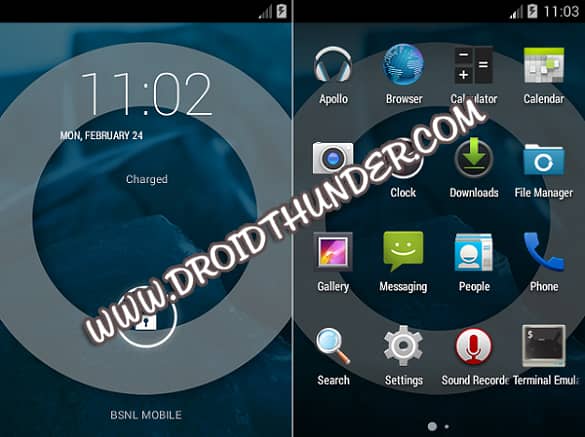 Finally! This is how you can flash the CM 11 based Android 4.4.2 KitKat ROM on your Samsung Galaxy Ace GT-S5830. Feel and enjoy all those KitKat flavored features on your Galaxy Ace with this ROM. Along with that, you can even experience the Cyanogenmod 11 features. If you come across any difficulty, then drop your problem in the comments given below.