Update Galaxy A6 Plus to Android 8.0.0 Oreo DXU2ARF3 firmware

Install Official Android 8.0 Oreo firmware on Samsung Galaxy A6+ SM-A605G smartphone using step by step guide. Samsung has recently launched the all-new Galaxy A6 Plus especially for those users who are more into multimedia and social media stuff. That means it sports a premium display, good camera, support for latest apps and new features. Samsung’s Infinity Display screens, which were introduced with the Galaxy S8 series have also been included in this Galaxy A6 Plus smartphone.

Some of its eye-catchy features include 6.0 inches of Infinity Display with 18.5:9 aspect ratio, dual rear cameras, face recognition, and a metal unibody. It even features a 24 megapixel of front-facing camera, which is the highest we have seen yet on a Samsung smartphone. With such amazing features, it gives tough competition to its rivals like Nokia 7 Plus, Moto Z2 Play, and the Honor 8 Pro.

Galaxy A6+ users can expect to receive this INS update through OTA (over the air). If you haven’t received it yet, then don’t worry as we’ll be discussing the complete process on how to manually flash the Android O update using the Odin tool. Along with India, Samsung seems to be rolling out the update in most countries, including the Netherlands, Germany, and Poland.

Released on 29th June 2018, this Android 8.0.0 Oreo A605GDXU2ARF3 firmware update comes with few improvements in performance and stability. It brings all of the new features that are included in Android Oreo with none of the carrier bloatware. Remember that this is a stock ROM so you can flash this whenever you want to restore the warranty or restore the default system on your phone. Let’s proceed to the actual guide on how to install Android 8.0.0 Oreo A605GDXU2ARF3 firmware on the Samsung Galaxy A6 Plus SM-A605G smartphone.

All the mentioned steps are quite risky and may permanently damage your device. So we recommend you to proceed at your own risk. If your Galaxy A6+ gets bricked by following this guide, then we at DroidThunder.com won’t be held liable for that.

This Android 8.0.0 Oreo DXU2ARF3 firmware is for Samsung Galaxy A6 Plus with model number SM-A605G. Flashing this firmware update on any other device or variant might brick your phone. Hence, confirm your device model before going ahead. 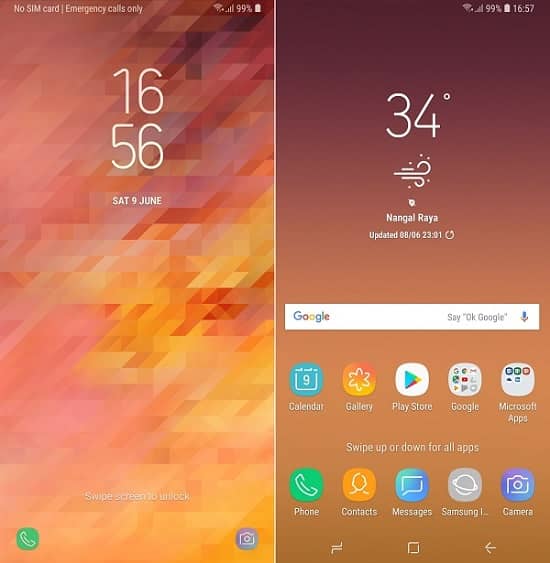 Finally! The latest official Android 8.0.0 Oreo DXU2ARF3 firmware is flashed on your Samsung Galaxy A6 Plus SM-A605G smartphone. Go to Menu > Settings > About Phone and verify the same. Enjoy and experience the all-new Android Oreo features on your Galaxy A6 Plus.

2 thoughts on “Update Galaxy A6 Plus to Android 8.0.0 Oreo DXU2ARF3 firmware”