Recently Samsung launched the all-new Galaxy S10 trio series: S10, S10+, and S10e. Out of which, S10 is a normal-sized phone; not as big as S10+, and not too compact as S10e. Samsung Galaxy S10 price in India starts from Rs.59,990 onward. You can easily buy Galaxy S10 on Amazon or Flipkart for special offers.

If you compare Samsung Galaxy S10 vs OnePlus 7 Pro; you’ll notice many positive points especially for the Samsung device. S10 launch date in India was 6th march 2019. After which users went crazy for this phone. Samsung recently rolled out the latest update via OTA. This stock firmware update comes with an all-new Night mode as well as some improved functions.

In this guide, we’ll download and install the official Stock ROM on SM-G973F. This software update is based on Android version 9 Pie with build number G973FXXU1ASE5. We will use the Odin3-v3.13.1 flash tool to manually install this Indian INS Pie ROM file. The OTA update is already released for the carrier-locked models in the United States.

It was first released for the S10e, S10, and S10+ Sprint variant smartphones. Note that this is an Indian OTA update with May 2019 security patch. If you have installed custom ROM, then you can restore or go back to the original Stock ROM using this guide. We’ll soon post an article on how to root Samsung Galaxy S10 and install TWRP recovery. So stay tuned. 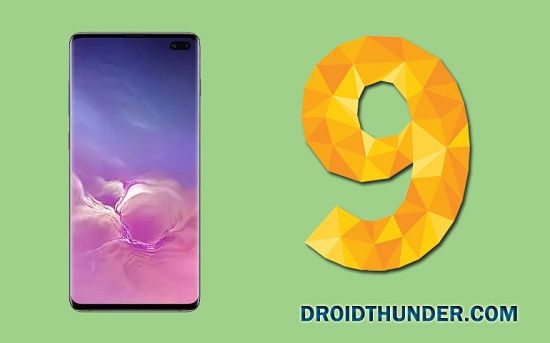 This latest flagship smartphone is giving tough competition to the recently released OnePlus 7 Pro and Huawei P30 Pro. Talking about specs, it offers 6.1 inches of display with 1440 x 3040 pixels of resolution. Moreover, it includes the Exynos 9820 Qualcomm Snapdragon processor. Due to its huge popularity, there are many reviews and unboxing videos available on YouTube.

Furthermore, the Galaxy S10 features 512 GB of internal storage with 8 GB of RAM. Also, it comes with a triple camera setup of 12 + 12 + 16 MP on the rear. While on the front, it offers 10 MP selfie camera. Galaxy S10 colors include Prism Black, Prism White, and Prism Blue. Out of which, I personally liked Prism Black. As long as the battery is concerned, it sports non-removable Li-Ion 3400 mAh battery with wireless charging support.

Do you want to unroot or unbrick your Samsung phone? Do you want to restore the default factory settings of your Android device? If yes, then you should flash Samsung stock firmware. Interested users may proceed to our easy step-by-step tutorial to update Android 9 SM-G973F G973FXXU1ASE5 firmware.

Proceed at your own risk. We at Droid Thunder will not be held liable for any damage caused to your phone. Also, the Samsung firmware used below is the property of their respective owners.

It is strongly recommended to install this software update only on Samsung Galaxy S10 having model number SM-G973F. If you try to flash this Stock ROM on any other device or variant, then it might cause permanent damage.

Finally! The official Android 9.0 Pie XXU1ASE5 stock firmware update is successfully installed on your Samsung Galaxy S10 SM-G973F smartphone. To verify the same, navigate to Menu > Settings > About Phone. Enjoy the newly added Night mode with the update. Also, if you face any issues while going through this process, then do comment below.