The smartphone, which was launched last year with Android 6.0 Marshmallow, is reportedly receiving Android 8.0 Oreo along with Samsung Experience 9.0. Though the updates are released via OTA, you can still use this guide and flash the new firmware manually using the Odin tool.

To improve the overall performance of your Galaxy A7, you can simply flash this update and perform a factory reset to set up your phone as a brand new. With the Galaxy A7 2017 Oreo update rolling out, all three of Galaxy A series 2017 models are now making the transition to Android Oreo.

Note that as this is an official update (Stock ROM) released by Samsung so there are no chances of losing your device warranty. Also as this is an OTA update, the same will work on both rooted as well as un-rooted devices. This latest May 2018 update comes with various improvements in the overall performance and some newly added features as well.

Perform all the mentioned steps at your own risk. We at DroidThunder.com will not be held responsible for any damage happened to your Galaxy A7 by following this guide.

This Android 8.0.0 XXU3CRD3 Oreo firmware is compatible only with Samsung Galaxy A7 (2017) having model number SM-A720F. Installing this update on any other device or variant may cause unwanted outcomes or bricked phones. 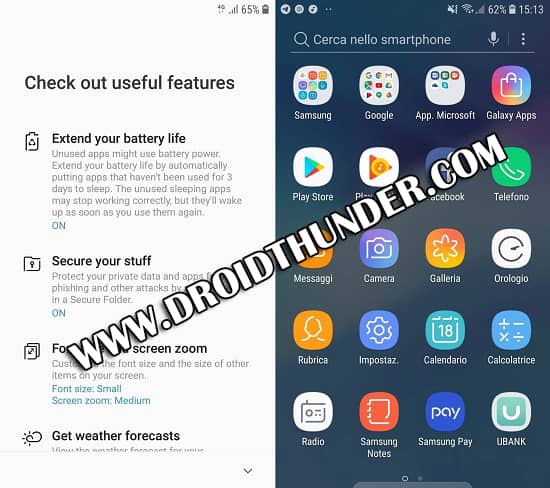 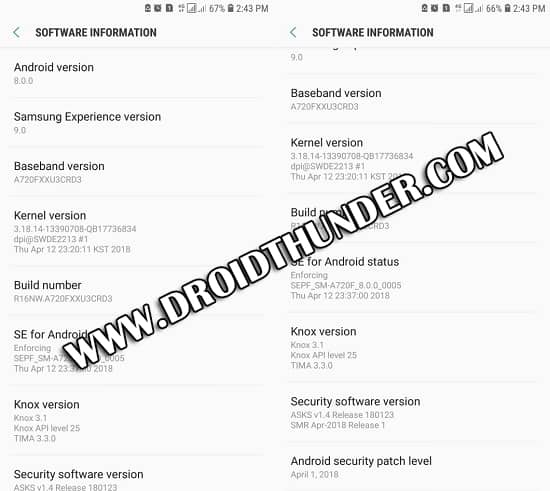 Great! This is how you can successfully flash the Android 8.0.0 XXU3CRD3 Oreo official firmware on your Samsung Galaxy A7 2017 SM-A720F smartphone. You can confirm the same from Menu > Settings > About Phone. Enjoy and experience the newly added Android Oreo features on your device.