After a much long wait, Android 10 is now available for Samsung Galaxy A10 SM-A105F users. Yes, you heard it right! Developers from the XDA community have recently launched Android 10 based LineageOS 17 ROM especially for Galaxy A10. Samsung is often considered as the most responsive Android OEMs when it comes to building custom firmware. This makes it easy for the developers to build custom ROM using Android source code.

Recently, after Google released Android 10 for Pixel devices, the developers soon started building LineageOS, Resurrection Remix and various other customized ROMs using the Android 10 source code. Out of all the custom ROMs, Lineage OS is one of the best custom ROM for Galaxy A10. Most important, it comes with a combination of latest Android 10 features as well as Lineage OS features.

Some of the LineageOS 17 features are customizable UI, Quick Toggle feature, new theme, native support for specialized DNS lookup, resizing navigation bar, Wi-Fi network connection API, adaptive battery with AI support etc. Moreover, this unofficial Android 10 custom ROM is completely stable with no bugs. However, you come across any issues, they’ll be cleared in the next Android update.

Samsung Galaxy A10 launch date in India was February 2019 with decent specs and features. It is considered as the first mid-range smartphone from the famous Galaxy A series. Let’s have a look at the Samsung Galaxy A10 specs now. It features 6.2 inches of Infinity V display with a resolution of 720 x 1520 pixels. Besides, it runs on Android 9.0 Pie OneUI operating system with Exynos 7884 Octa-core processor.

It is available in two variants: Galaxy A10 32GB 2GB RAM and Galaxy A10 32GB 4GB RAM. As far as the cameras are concerned, it sports 13 megapixel of primary wide camera. Whereas on the front, it features a 5 megapixel of selfie shooter. Hence, looking at such amazing Galaxy A10 features, it is quite obvious this custom ROM will run smoothly on it. Do you want to flash custom ROM on Samsung Galaxy A10? Then head on to our detailed step by step guide given below.

This process might brick your phone. Hence implement the steps at your own risk. Neither we at Droid Thunder nor the developers of this ROM will be held liable for any damage whatsoever.

This Android 10 based Lineage OS 17 ROM is only for Samsung Galaxy A10. Do NOT install this unofficial software update on any other device as it might brick your phone. 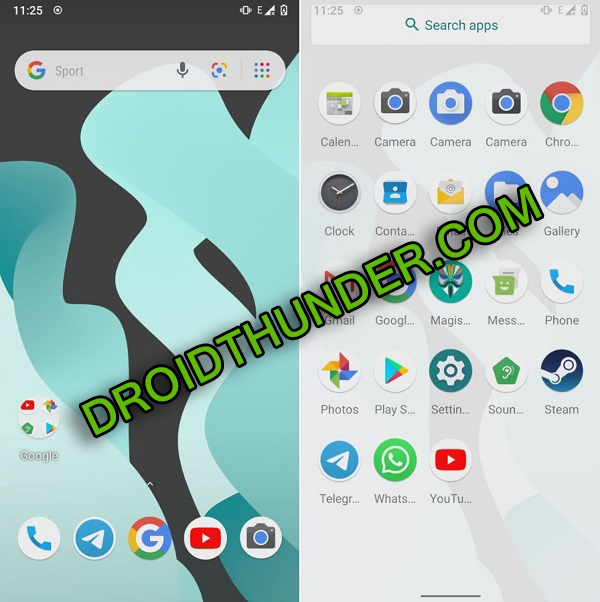 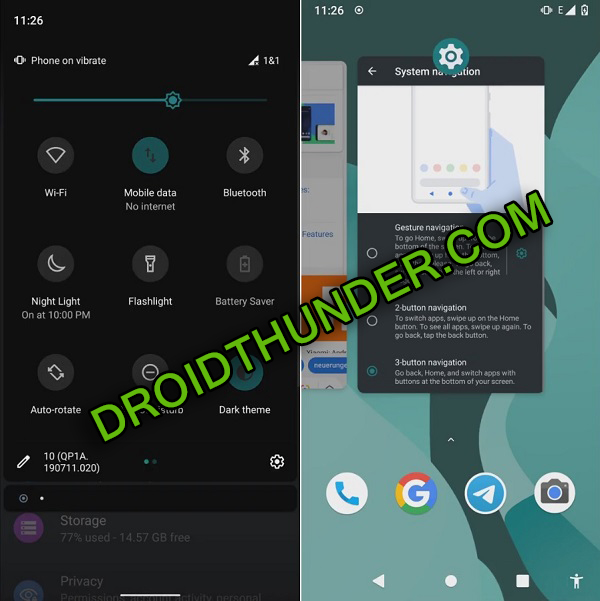 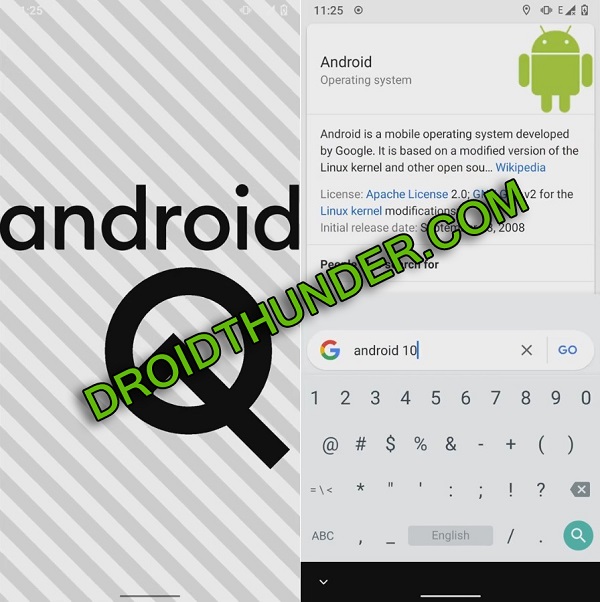 After implementing the steps given above, let’s start Samsung Galaxy A10 Android 10 ROM installation process.

Steps to install LineageOS 17 ROM on Galaxy A10:

Note: Do NOT extract these zip files.

Step 3: Using USB cable, connect your mobile to PC and transfer both the downloaded zip files on your internal storage.

Note: If you don’t have PC, then you may directly download the files on your mobile.

Step 4: Now switch off your device and boot it into TWRP recovery mode.

Step 5: To do so, press and hold Volume Up button + Power button simultaneously. Let go both the buttons as soon as you see the TWRP logo.

Note: If you are facing any issues to boot phone into recovery, use TWRP manager app from Google Play Store.

This is how you can restart Samsung Galaxy A10 into TWRP recovery mode.

Step 6: In TWRP, take Nandroid backup first. This is nothing but the backup of your entire Android operating system.

Step 7: After that, go back to the main screen and simply tap on Wipe button. 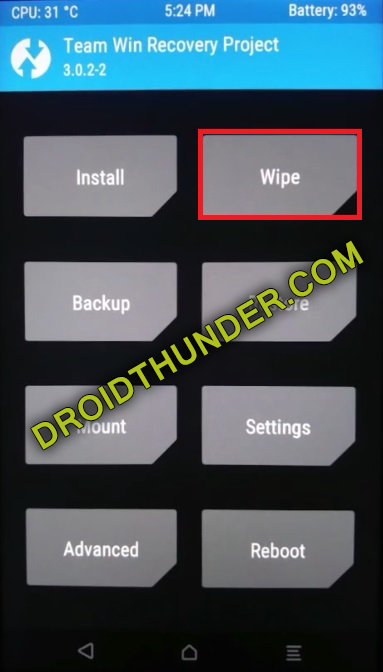 Step 8: On the next screen, swipe right to initiate the wiping process as shown below. 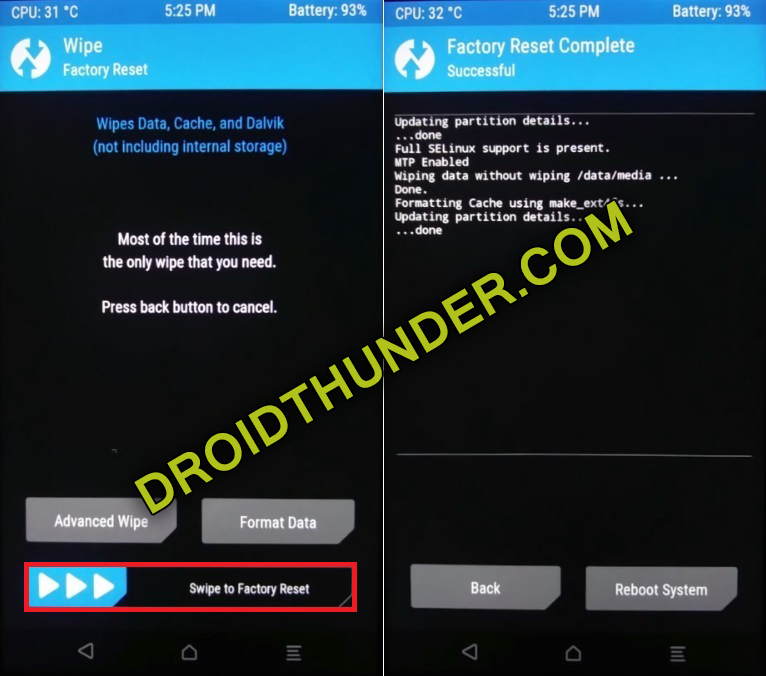 Note: This step will delete your phone data. Hence make sure to backup before this step.

Step 9: From the main menu, click on Wipe button again. 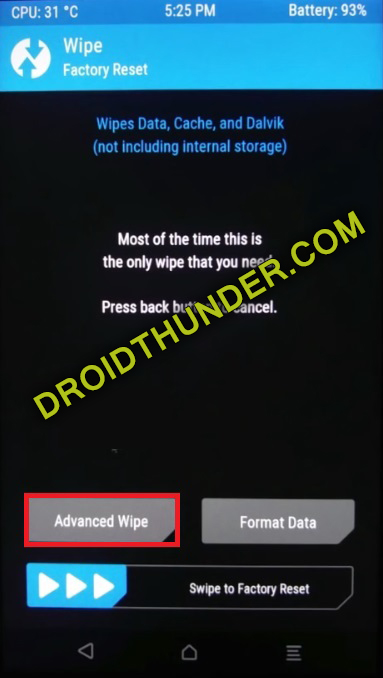 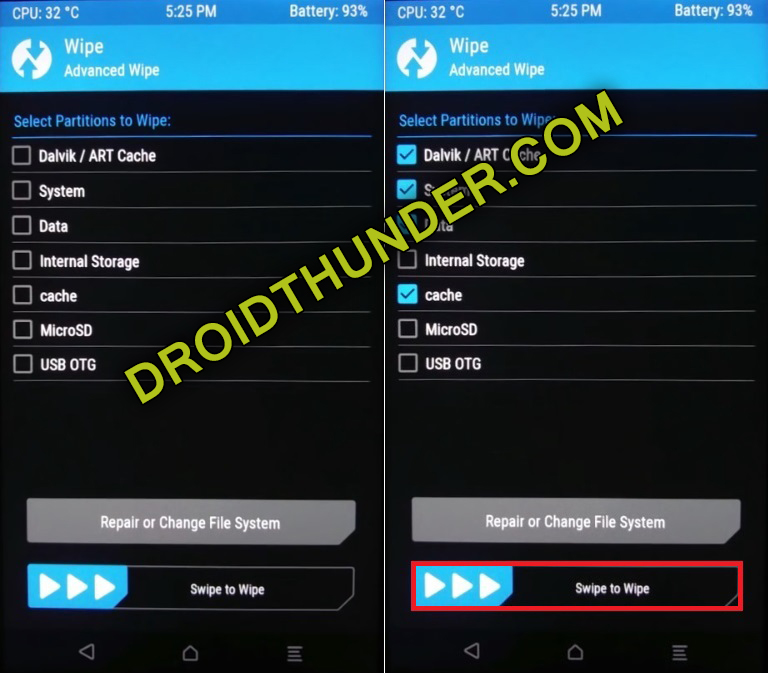 Note: Do not tick any other partitions other than the mentioned ones. 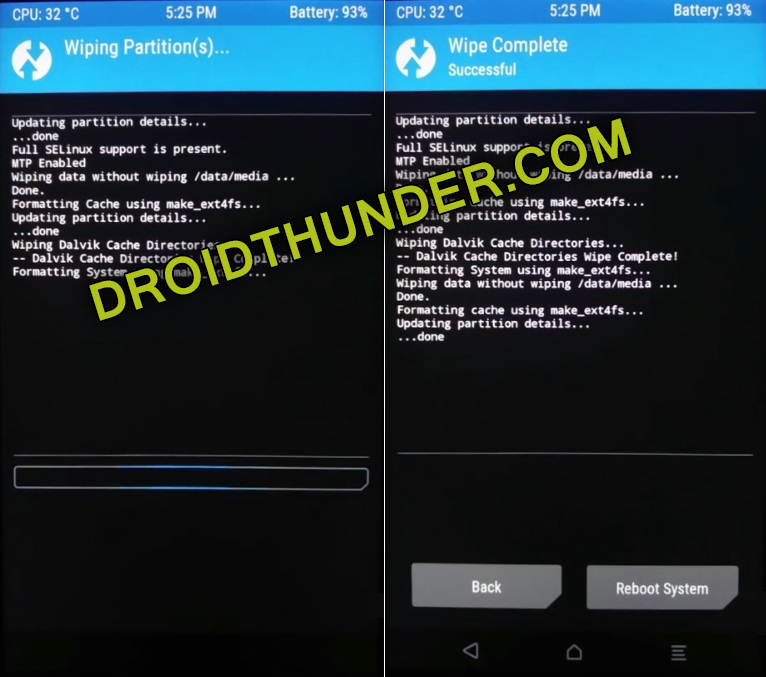 Step 13: To do so, click on Install button as shown below. 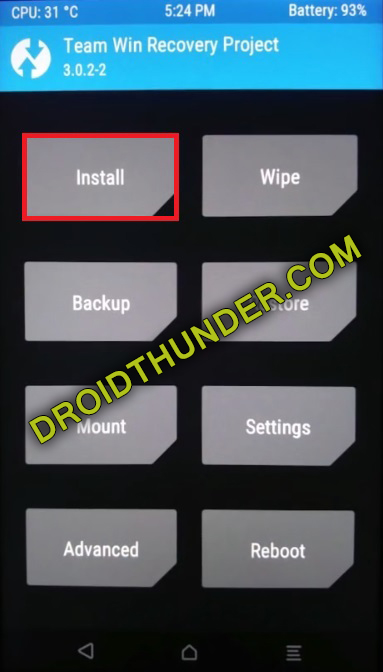 All the files and folders present on your phone will appear now. 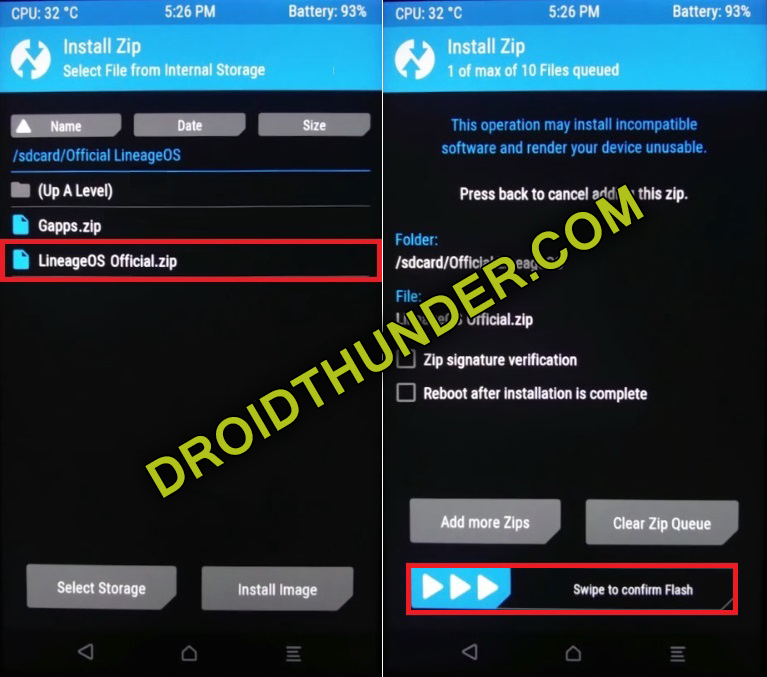 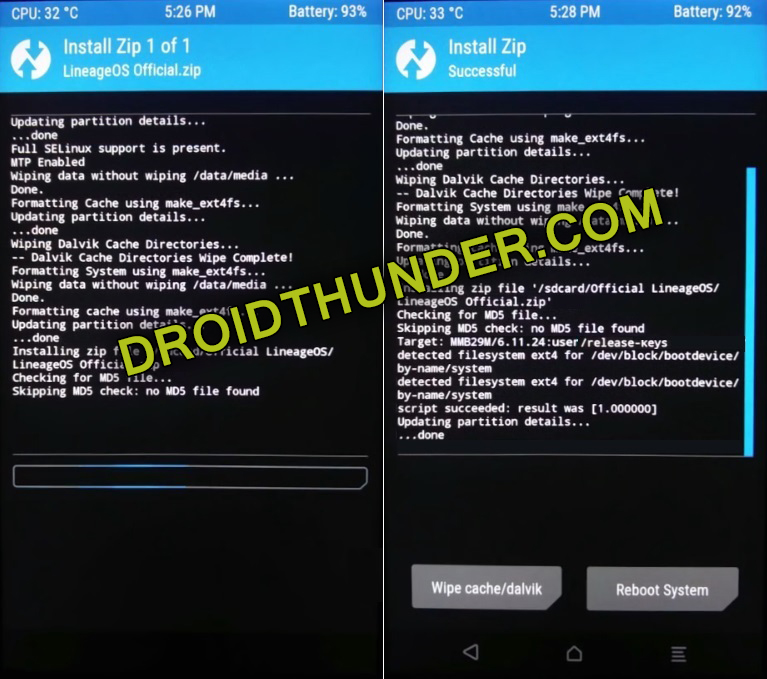 Wait until the flashing process finishes. 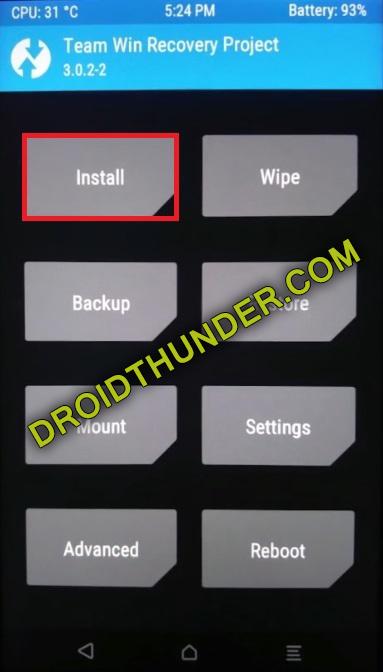 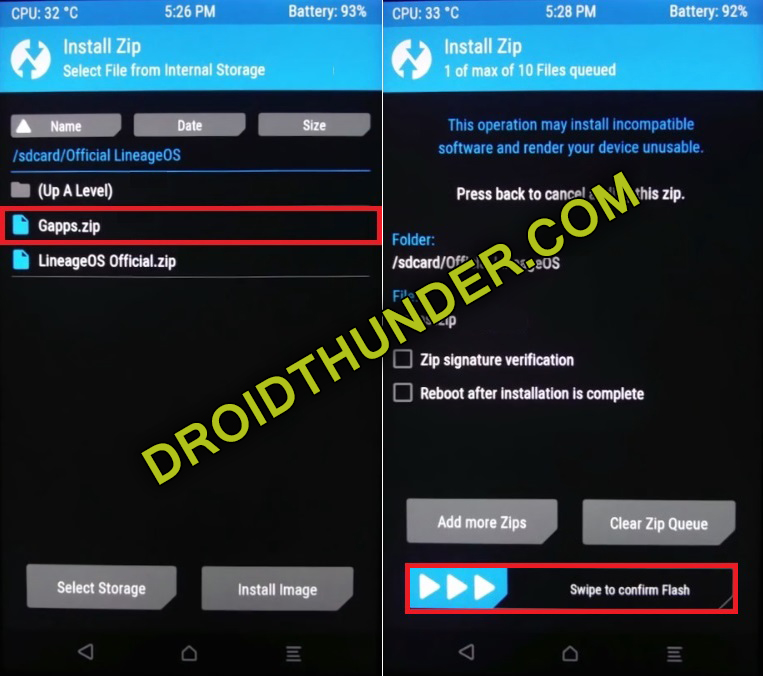 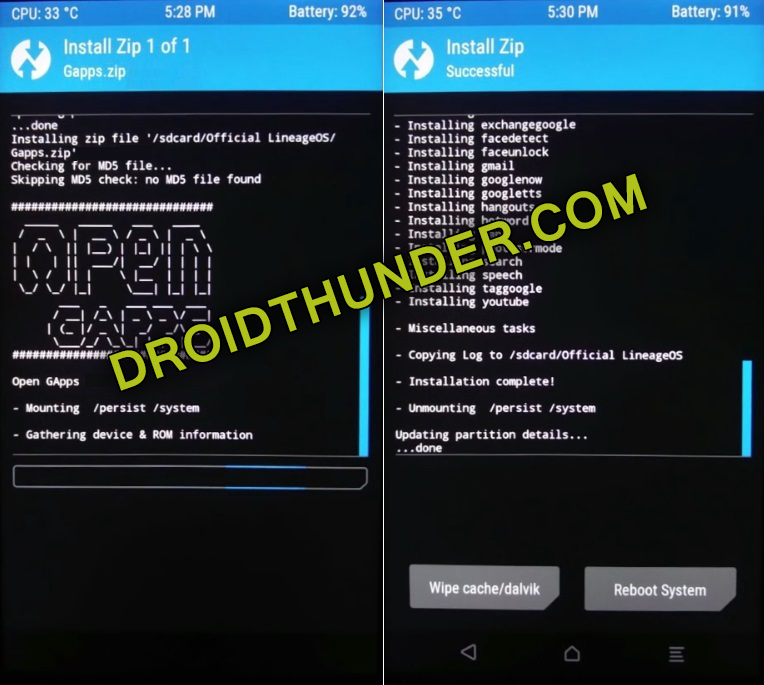 Step 16: Finally, in order to reboot your phone, tap on Reboot » System button. 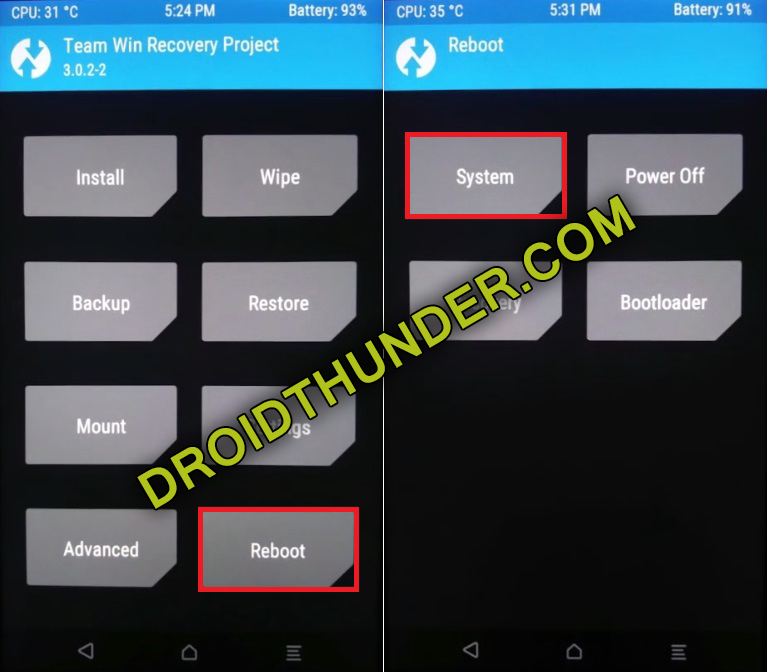 Note: The first boot will take more time to start than usual.

Unfortunately, if you didn’t like this Android 10 ROM, then you can restore back default stock ROM using our following guide:

This is how you can download and install Android 10 based LineageOS 17 custom ROM on Samsung Galaxy A10 SM-A105F smartphone. If you comes across any difficulty, then do comment down.